Audio Adrenaline Calls It a Wrap 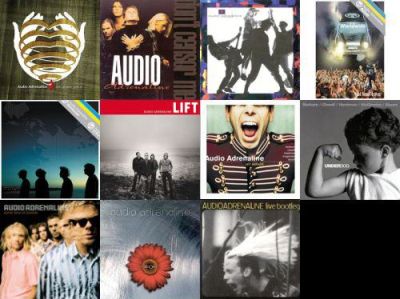 One of the first Christian music artists I ever really listened to growing up was Audio Adrenaline. For me Newsboys and Audio Adrenaline were the actually cool Christian groups that I might get my friends to listen to and respect their music. Now after a long, productive and successful career, the guys are calling it a wrap for the group. The move is led by their lead singer still struggling with his voice. Understood given the decade and a half they’ve been rocking venues and music festivals.

Although retiring due to front man Mark Stuartâ€™s ongoing vocal challenges, the band has since 1991 taken a full throttled blast of musical passion, melded it with a compassionate desire to impact the world at large and added membersâ€™ rock-solid grounding in reality with their vulnerable, no holds barred songwriting. Thanks to earnest performances and undying appreciation for its fans, the group has sold over three million records and racked up 18 No. 1 singles and four Dove Awards. The bandâ€™s Bloom recording was certified Gold by the RIAA in 1999 and they were awarded the prestigious â€œSong of the Decadeâ€ crowning in the 90s for â€œBig Houseâ€ by CCM Magazine.

One of my favorite songs of Audio Adrenaline, wasn’t one that got a lot of airplay. It was “Scum Sweetheart” from their “Don’t Censor Me” album. The lyrical work reminds me of the in the face kind of thoughts that Derek Webb challenges me with today.

You’re the world full of lies
how could I think of compromise?
It seems to me a solitaire affair
I was in need but you didn’t care
Please stay away heartbreaker
you’re not gonna be my soul taker
I’ve got friends that want to see you
they’d stay away if they had a clue

I sang that in church once when I was in Florida doing a Spring Break ministry to youth. I think it went over pretty well.