Barlow Girl says no to crossing over 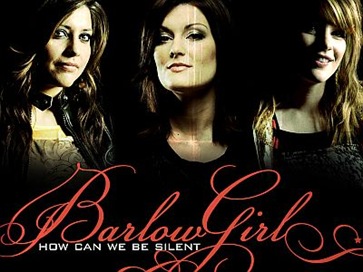 Now here’s a good review of one of the acts that’s appearing in Winter Jam 2008, Barlow Girl. This article talks about their success in mainstream music radio along with bands like Relient K, Switchfoot and Lifehouse, but the articles shares that Barlow Girl isn’t interested in crossing over.

“They can cross over to our side,” eldest sister Rebecca Barlow says defiantly. “We are writing songs that God put into our hearts. If He opens those doors, great — but we would not change the themes of songs. We’re going to be who we are. What God put in our hearts to write about is blatant.”

The other thing I like about the article is it shares about the music Barlow Girl sings, “which echoes Evanescence’s emotional piano-rock”. That’s one thing I wish I could do better when I listen to album’s and review them. I wish I could immediately connect their sound and feeling of music with a secular band. Not that I want to compare them to the secular band, but I want people that are familiar with the mainstream pop group to have a Christian band’s name in their head to try out.

The article shares a lot about the three sisters and how they got started in music. It’s a good background piece about them.