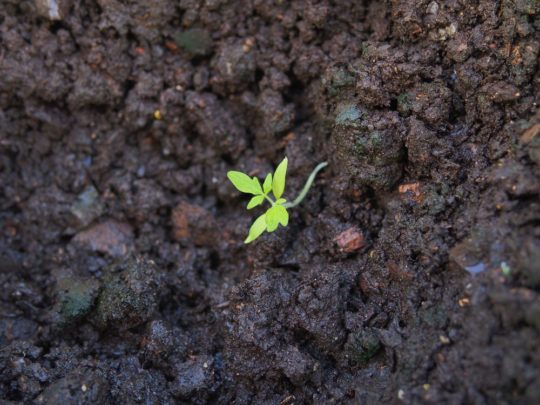 Keri and I are doing our part to be environmentally friendly. Years ago, we had a garden & Keri decided to use a compost bin. Composting is the decomposition of plant and food remains (and other once-living materials) to make an earthy, dark, crumbly substance that is great for enriching garden soil. It’s a step in reducing landfills. This whole “green” thing started when Bailee (our eldest) was little and started asking questions. She’s been known to block a sidewalk so a worm can make it safely across.

We were limited with the things we could do, but we knew we could do something, hence the composting for the garden. There was a daily chore that each had to cart the small bin of food scraps to the compost bin out by the garden. Eventually, the old scraps became rich soil and gave life to the vegetables that provided food to our stomachs, taking  something old and seemingly useless and giving it purpose.

There are things in your past that you are not proud to speak about, things you hope stay hidden. I get it. But some of those things have shaped who you’ve become. Someone else is going through something that you have already experienced. It can be used. You have an opportunity to live a sustainable Christian life. Your past, mired with mistakes and missteps, is now being used to sustain and encourage someone else. Have you ever thought of that?

In Genesis 50:15-21, Joseph is comforting his brothers (the very ones who plotted to kill him!) by saying, “Hey guys, it’s cool. I know you wanted to hurt me. You thought you were doing the right thing. Now God is taking all that and using it for my benefit.”

It is fair to mention that not everything can be composted. Some things are better left out of the bin. They infect and create bad soil. The same is true with our walk with Christ. Some things are better left in the past. Sins are forgiven and forgotten by God. Mistakes and failures are lessons. Those lessons are not only meant to be learned by you, but to be shared.

I pray you are learning today.