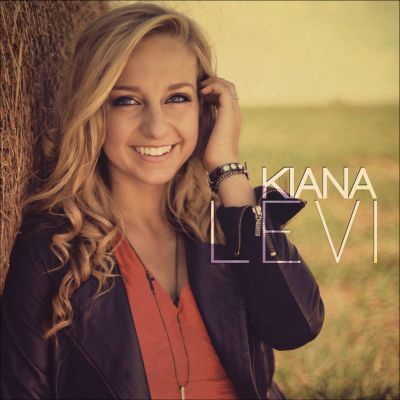 Kiana Levi has always loved to sing. For as long as she can remember she has been singing every day. Whether it was TV theme songs or classic Disney tunes, she was always using her voice to project beauty. By first grade she performed her first solo, a song called “Speaking With Kindness.” This talented teen artist is Kiani Levi of Venetia.

Kiana has recently taken her talents to the next level with her first self titled album, “Kiana Levi”, produced by Tate Publishing. In 2011 Kiana auditioned for Actors, Models, & Talent for Christ when they were in her home state of Pennsylvania. Kiana’s talent was noted and she was chosen to sing in AMTC SHINE event in Florida. There, she also impressed representatives from Tate Music Group. Tate asked me to write three songs and send them a CD,” recalls Kiana. “Very soon, I began composing lyrics and music for my first original, ‘Soaring,’ which prompted a recording contract from Tate for an eight-song album.” With seven additional originals completed by last September, she headed to Tate’s studio in the mid-West to record her first album and her first music video.

Kiana’s story is not just one of youthful ambition, it is also a story of overcoming great difficulty. Kiana was diagnosed with debilitating juvenile rheumatoid arthritis as a young girl. With prayer and faith she has persevered and is now completely healed. I am blessed and I pray that others may see Christ through me and be inspired by my music,” Kiana went on to say. A dominant voice in Christian music, her second album (in the works) will feature Christian music as well as uplifting contemporary music about life.