Lincoln Brewster “The Power of Your Love” Lyrics 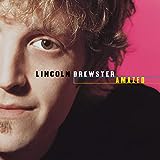 We’re in a series now in our church about Nehemiah and the “power of everyone” working together on building the kingdom and physical structures for the continued pursuit of building the kingdom. One of the songs we’ve been singing each week is “The Power of Your Love” by Lincoln Brewster.

After reading a review of the album on Christianity Today, I found out some interesting information about him.

Though he still seems like a relatively new talent in Christian music, Lincoln Brewster actually has been long involved in the music business with multiple tours and two previous albums. Originally from Homer, Alaska (the same community where recording artist Jewel grew up), Lincoln already was playing the guitar by the age of 7. After realizing he had limited performance opportunities in his home state, Lincoln’s family relocated to Los Angeles, and the young guitarist earned the chance at a recording contract by age 19. But thanks to his high school girlfriend Laura (who’s now his wife), Lincoln came to know Christ and chose to focus on being a worship leader for his local church’s youth program. His guitar skills couldn’t remain unnoticed forever, and he eventually attracted enough attention to tour as lead guitarist for Steve Perry (Journey) and Michael W. Smith. Lincoln eventually settled with Integrity Music’s youth-oriented Vertical Music label, recording two projects since 1999 and gaining recognition as one of Christian music’s most promising new worship artists. Thanks to worship hits such as “Take Me Higher,” “You Alone,” and a fine remake of “The Power of Your Love” with Dan Haseltine of Jars of Clay, Lincoln Brewster is poised to reach a new level of artistic success, making Amazed his most potentially ambitious project to date.

I wonder if he and Jewel have everÂ spoken to each other, I wonder how much age difference is between them.Â

Getting back to the song though, I love the melody and the lyrics. I’ve specifically placed in bold the section below that really speaks to me everytime we sing the song in our services.

The Power of Your LoveÂ

It’s a great song, really puts you in the mode of refocusing and reminding yourself of Who’s really in control and that there’s nobody better to be in control of things, because it’s for sure not you.