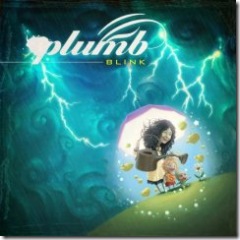 One of my favorite Christian groups is the group “Plumb” with lead singer Tiffany Arbuckle. Tiffany’s brother and I were in a single’s group together after college when I was living in Nashville. There’s even a story of the person who introduced me to my wife had also tried to introduce me to Tiffany when she was in college and before she hit it big in Christian music with the group.

I’m excited to hear another great album come from this group. the lyrical writing is superb and the power in the verse impacts me like lyrics from Derek Webb. A good example of the power of the message in her songs and lyrics came from her song about the act of “cutting” that’s done by people as a form of self-mutilation. I blogged about Tiffany appearing on CNN awhile back.

After listening to all the 30 second clips available at Amazon’s website, it sounds like this album follows right in the footsteps of her and the band’s other great albums. I’ll be adding this one to my list.

Grab the new album from Plumb at Amazon.com