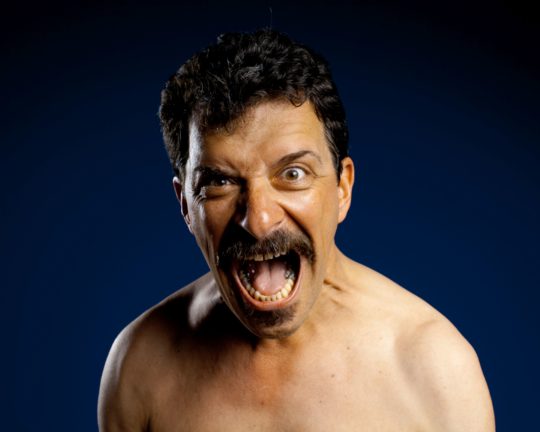 I was scrolling through some news feeds last week. It was filled with arguments. From fellow pastors to celebrity talking heads, everyone was arguing their point. They all wanted to be heard, but more importantly, they wanted to be right. I happened to be with my good friend, and fellow pastor, Erik. We were talking about the current climate of the world, the church, and our fellow church leaders. He said, “If half of those people would just stop arguing about everything, get out from behind their computers and do something, it would change their perspective!” I agreed and said something that I’ve been thinking about for the last week. “I guess my problem is, I’m just not mad enough. I see all these posts and arguments and I realized…I’m not mad enough.”

This isn’t a lack of passion, nor is it me excusing sin or hatred. I’m not giving up or rolling over. I’m a recovering cynic. I have a tendency to question everything (news sites, policies, resolutions, and amendments), but I’ve moved into a season of my life where I am swept up in the work of wholeness. Rather than be distracted by other people’s venom and negativity, I focus on my neighbor. I guess I feel like that’s where my energy is best served.

Hear me now, you will be stretched. This calling to be kind and patient will have its moments…

This was last week:

I was literally shoved out of the way in line for a reservation at a restaurant by someone wearing the same conference badge as me.

I followed a Facebook feed where hateful names were called…like the really hateful names…by people calling themselves Christians.

I was told I was number 1 while driving yesterday. I think he was saying that…although he was using the wrong finger.

I’m not mad enough. I have my moments, but I’m just not going to waste the energy.

I’m angry that my kids will be profiled, followed, and endure prejudice because of their skin color.

I’m angry that people I know and love are fighting the battle of addiction.

I’m angry that friends are battling costly and crippling diseases.

When the cares of my heart are many, your consolations cheer my soul. Psalm 94:19