Point of Grace Continue to Impress the CMA 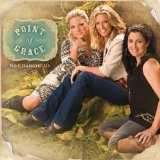 Nashville, TN – Word/Warner Bros. Recording Artist and Platinum Selling Vocal Group, Point of Grace, receive two Inspirational Country Music Award nominations for Entertainer and Vocal Group. This is the group’s second year to be nominated in the vocal group category. They won their first ICM Award for Vocal Group in 2009. The 16th annual ICM Awards will be held at the Trinity Music City USA Auditorium in Hendersonville, Tenn. on October 14.

Throughout their sensational career, Point of Grace has released eight studio albums including their latest, No Changin’ Us, which was released in March. No Changin’ Us, produced by GRAMMY award winner Nathan Chapman, is the group’s first album to expand into the mainstream country market – combining their Inspirational roots with a refreshing country sound. Since forming 19 years ago, the two-time GRAMMY® nominees have sold more than 6.5 million albums, won 10 prestigious Dove Awards and earned 24 consecutive No. 1 singles (27 total including radio staples “Steady On”, “The Great Divide” and “Circle of Friends”), a feat unmatched by any artist in any genre.

2010-09-03
Previous Post: Francesca Battistelli “My Paper Heart” Tops the Charts for August
Next Post: Thrice – “Come All You Weary”