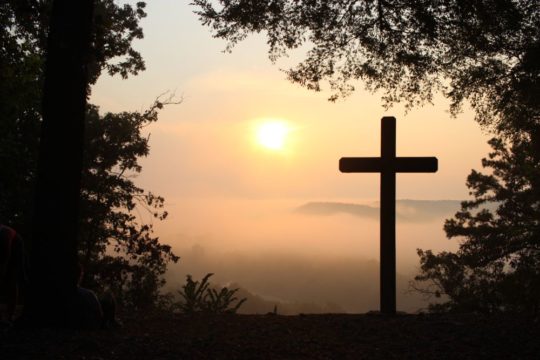 Holy week is fastly approaching. It’s a time of remembering. It’s a time that the church sets aside to remember the death and resurrection of Jesus. He was, and is, the sacrifice for sin. But let me tell you this; He wasn’t just a good man. He had compassion on people. Yes, He loved. He laughed and ate with friends because He was human. He felt sorrow when others hurt. He cried when his friend died. But there is something more to this good man, He held the power of sin and death in His hands and He robbed it. He took away the end-zone victory dance that sin so enjoys. He took away any hint of celebration from those who would seek to see us fall. The enemy, that foe that laughs when you stumble, in the end, is left powerless.

So during Holy week as you stop and remember Jesus in this way, think on His sacrifice. He emptied Himself so that you could have life; life beyond what you have now. Easter life.

But we don’t just remember His death during Holy week, we wait in anticipation of His resurrection. Being raised from death implies more than goodness. This is Messiah stuff. This is Easter…and remember that Easter always comes.

Though he was God, he did not think of equality with God as something to cling to. Instead, he gave up his divine privileges he took the humble position of a slave and was born as a human being. When he appeared in human form, he humbled himself in obedience to God and died a criminal’s death on a cross. Philippians 2:6-8 (NLT)