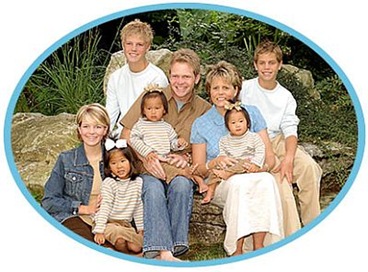 Steven Curtis Chapman can probably be called the father of contemporary Christian music, although you’d probably have to put him and Michael W Smith right up there together.

Chapman shares this in an article about his experiences in the early days of Christian music.

“When Sparrow, the label I was on, was purchased by EMI in the early 1990s, the folks at EMI were able to say, “We don’t even pretend to understand fully how this music works, but people are connecting with it and we respect you,’ ” Chapman said. “But they gave us the resources to make the music sound better.”

Though Chapman has done some mainstream writing here and there, and seems perfectly capable of making a move into secular music if he wanted to, he seems more than content to dance with the ones that brung him.

“Guys like James Taylor and Jim Croce inspired me as a kid, but the music that came out of me naturally had woven into it the deepest thing in my life: my relationship with God,” Chapman said.

What do you think? Is Steven Curtis Chapman the daddy of contemporary Christian music? Can you believe he’s been doing it as long as he has?