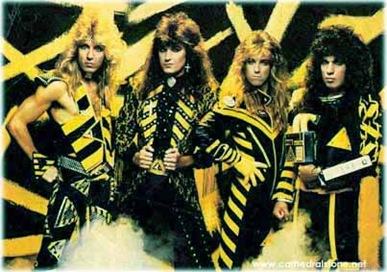 Remember Stryper? I’m sure you do if you’ve been following Christian music for more than a decade or two. They don’t look like they do above anymore, but they will be performing again on Easter Sunday on VH1.

So, after the nice and clean Easter services are over in your church and all the ironed and pressed pastel colored shirts and dresses are put away, go dig out your black and yellow striped Spandex and rock-out to Stryper in the living room.